This summer’s Bears of Sheffield event organised by The Children’s Hospital Charity has landed in the city just in time for the summer holidays, and with hundreds of Bears to find across Sheffield, here are the seven to look out for at Meadowhall.

Dancing Bear is located on Meadowhall’s Lower High Street, outside Wilko. It was designed by Studio Luz, an artist based in Plymouth, with colourful wavy lines representing a celebration of movement. 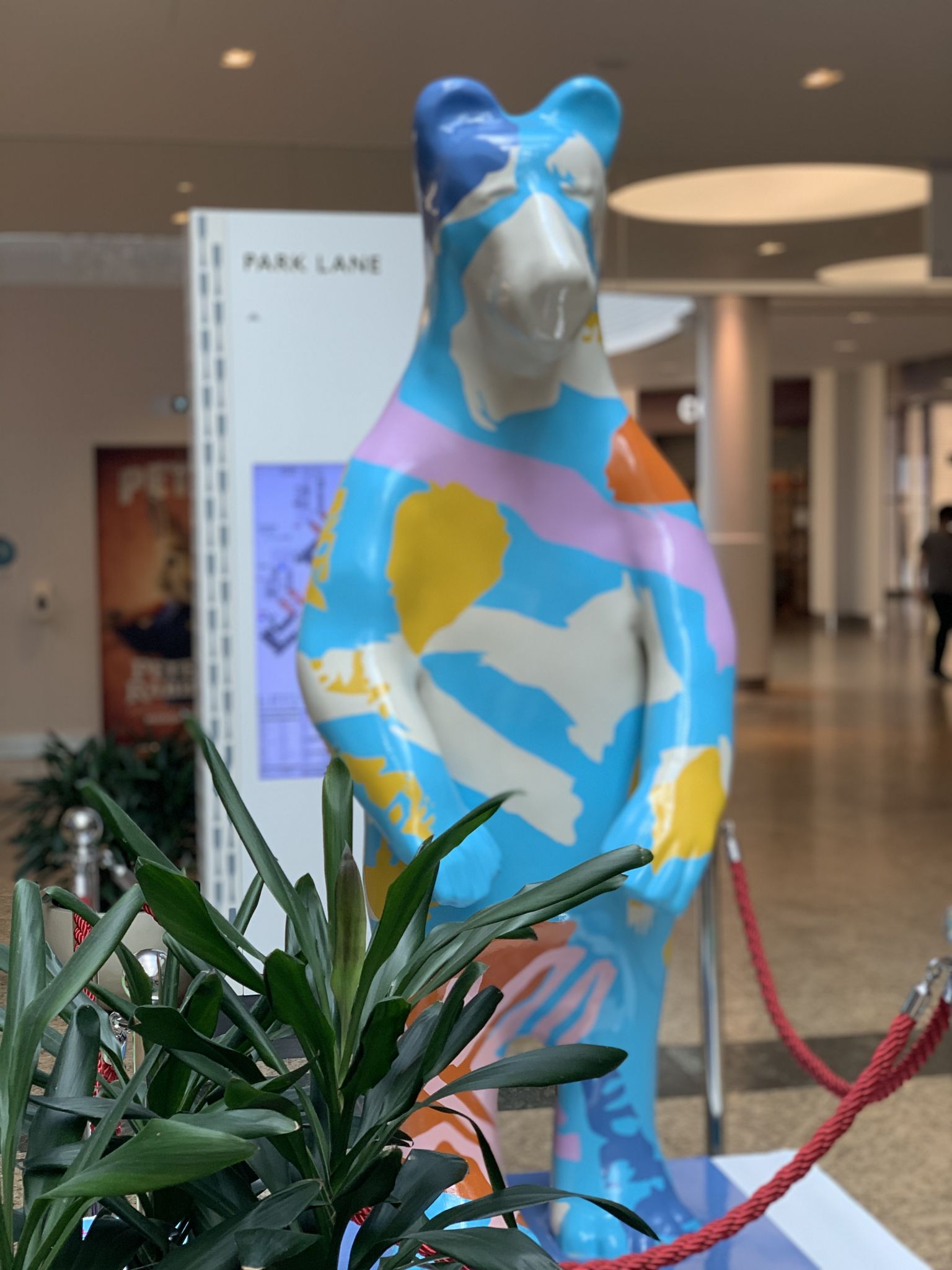 Leeds-born Laura Slater is the pattern designer behind this Bear which has been inspired by the Sheffield Peak District, including its shape, texture and composition of the landscape. Her chosen colour palette also features colours found in ordinance survey maps of the area.

Pieces is located on Meadowhall’s Upper Park Lane, outside Molton Brown. The design was created by artist Nicolas Burrows who wanted to bring movement into the static Bear sculpture by adding wild and wonky shapes in bright, overlapping colours.

Ted is located at Upper Level Oasis and was designed by sculptor, Luke Morgan, who was inspired by 1950’s Teddy boys and girls. Ted’s design features an iconic quiff and has been painted by hand with words typically found in Rock ‘n’ Roll songs and sayings.

Meet the small Bears, all based in Meadowhall’s new Customer Service and Collection facility

From left to right: Willow, Goldie and Carden Crew

Willow was designed by The Willows school in Thurcroft, Rotherham which works with children aged from seven to 19 with a range of moderate learning difficulties. It was inspired by their school family – students, staff, parents and community – who wanted to celebrate every individual by allowing everyone to show off their own creative style on the design.

The Bear’s rainbow colours were chosen as a nod to the NHS and key workers, and also as a symbol of hope and solidarity.

The Bear is covered in golden leaves which represent every member of their school community as well as their school reward system.

The children worked on this art project as part of anti-bullying week, with the project showing that, underneath the paint, the Bears are all the same – but on the outside they are all unique in their own way.

Carden Crew is Firth Park Academy’s bear. The name is an anagram of Cancer Ward and the design was created by the academy’s year nine art students, after year 11 student, Rhiannon Salvin, came up with the concept.

Carden Crew wears a school uniform, with the blazer made up of more than 30 flags of the countries that academy students come from. His trousers are decorated with symbols and school-themed items.